#1
I want to suggest a solution to the events that are slow paced. I find it ridiculous that just by logging in 5 minutes after an event starts there is no guarantee of participating. Waiting 55 mins to be disappointed. Either extend the time to guarantee everyone having a chance, create tickets for one time only participation or create faster paced events. It's very discouraging to try to enjoy a game that seems fair for all to participate but doesn't consider timing factor to even try. I also feel this causes extreme price increase on Host prizes due to limited participation and low winnings thus continuing this horrid economic problem. I've been going on and off hiatus debating whether to continue this game or not and been wondering if anyone shares either the same or different perspective; possibly sharing their insight as well.

#2
I think the easiest approach to this would be opening up more than one instance.
Permanently extending event times means HOSTS need to be present for longer. Waiting 55 minutes may be long for you but think about the ones who actually have to run the event.
Quite frequently they will extend events and add pop-ups like HNS. I think it's a very fair dedication of their donated time.

#3
Famous said:
I think the easiest approach to this would be opening up more than one instance.
Permanently extending event times means HOSTS need to be present for longer. Waiting 55 minutes may be long for you but think about the ones who actually have to run the event.
Quite frequently they will extend events and add pop-ups like HNS. I think it's a very fair dedication of their donated time.
Click to expand...
You're right in regards to their donated time, but if they volunteer their time to run a successful game then they either have to extend their time to accommodate all players, higher more volunteers or as you say; open more than one instance. No one is forcing them to volunteer but most of the players are within working age and not even the pop up events are well accommodated. I've personally missed an entire month of HNS and BTS and that's with turning on Twitter notifications and trying to add these events on my own calendar. I can see the efforts have improved drastically since I've started (2015) but it's still a long way to having this game run flawlessly especially with limited resources. But if we are encouraged to share our opinions to better improve this game it's not about the appreciation to their dedication but their dedication to strive for a better game. It's like any hobby or work, you have to put the extra effort and if it means staff extending slower events to an extra hour it's something to consider.

MyVMK Staff
#4
Hello, @YhiviEevee ! I am going to be adding a 9 AM or 9:30 AM EST event Thursday. Hopefully this will help the situation some-what. The thing players love about morning events is less people

#5
Not sure if I would support a one-time ticket based system. I think if the opportunity presents itself, players should have the chance to enter a host room twice regardless of the length of the queue. There have been times I've only been able to make it to one event during the week, so I do my best to get in twice to have a better chance at the prize. Limiting players to entering an event only once would cause a lot of friction imho.

The multiple instances idea sounds neat, but complicated. To be honest, I don't exactly know how room-building works on the staff end. My assumption is that they would have to duplicate a room manually. I think that's asking too much of them, as building even one room can become an incredibly time-intensive activity. Having multiple instances would also require more staff to be available so several games could run simultaneously. It might be one of those things that's easier said than done!

Staff have implemented multiple instances during events like BTS, but because of the nature of POTC and HM, these games will require a lot of time to run. The queues ultimately become incredibly long. I think it would be great if staff could implement a kind of "raffle" for BTS. For example, staff make a poll on twitter figuring out the best time for BTS. Then, they open a google poll and have players submit their names for a chance to participate. Then, 30 players from that list get chosen and are guaranteed a slot to play. There wouldn't be a queue, and the chosen players would get pulled into a special instance to play POTC or HM during that time. As a bonus, they could allow the players who win the raffle to pull in a friend to have on their team! There hasn't been BTS in a while, but this kind of system might eliminate the issues with the queues!

With regards to extending event times, it would be exhausting for the hosts (depending on the event). For instance, dreams events take two hours, but at least staff can take a mini break between groups. On the other hand, "game" events require a staff's full attention. Instead of increasing times, maybe there should just be more events on the calendar with a more diverse set of times. I especially think @HOST_Morph does a great job of hosting morning events -- the queues are often very short and the games are quick and easy to learn upon entering the room!

With the inflation of the host prize prices, I think it comes down to demand and difficulty of the event. The Enchanted fountain was a prize that was available for one week and is worth ~100k now. It's a beautiful animated piece of furniture, but I don't remember the chances of winning -- they must have been more difficult to win(?). On the other hand, there were ample opportunities to win a valentine's sweater in February and they're worth less than 10k now. It's a complicated thing that varies every month.

I hope some of my comments weren't even more discouraging -- I can tell you're frustrated. But I hope staff reads all of this and considers all the feedback! 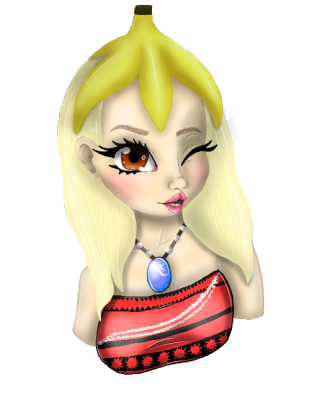 Thank you to VMK_Kida and leah for these amazing drawings!
​

#6
I share in your frustration! A lot of the time the queue is clogged up with clones and it goes unnoticed...perhaps staff could do a little more investigating on that end?

I also think events like the teleporter maze events or Ride-A-Thons are awesome for keeping queue lines short and giving people a chance to participate. Maybe staff could host more of those in the future!!

Either way, I do have to give staff props as far as improvement goes. A few years ago, events didn't happen as often as they do now. I love seeing the calendar filled with new events EACH DAY!

I see you grinding, and I stan.

thank you whenny for this beautiful signature

#8
Just want to bring this thread back and share my thoughts. I agree that event waiting time has gotten a bit insane...there's just so many users and not enough staff or time for the queue to move quickly! However, the staff is doing a good job handling it - there are many more events on the calendar than in the past, and it seems that they always have as many people running it as possible.
An idea I had for events, especially those that only run for short amounts of time, is some sort of ticketing. Like where users have to get a ticket to certain events in order to go. It could also become another way for users to make money. For example, if I won/obtained (?) a ticket to an event and then realized I couldn't go, I could sell it to another user for a low price. I think it could work! Just a thought @staff.