Head Administrator
#1
For those of you with access, post all of your feedback on the new client here! Positive, negative, etc.

In case you don't know, I've been giving a LOT of people access recently.

#2
Can I have access? Lol would love to try it out.

#3
Jay. said:
Can I have access? Lol would love to try it out.
Click to expand...
I'm ready for this as well lol 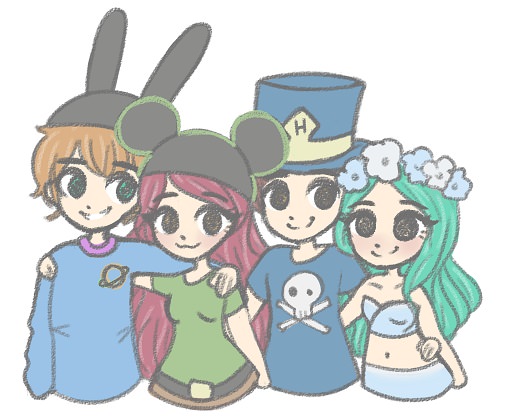 Thank you so much plushies!

#5
I really love it, the speed on it is amazing. The fact that there is literally no lag is one of my favorite things. I love the new options for building, it makes it so much easier when you can just press shift and continue adding rather than clicking over and over. I really appreciate the new outfit section. It finally doesn’t take 8 hours to load my clothes so I can change my outfit.

I’d like to add a few issues I’ve noticed. When I’m trading, I have to scroll up to the chat to see the convo a person might be trying to have with me, and I have to click to type otherwise I’ll type in the main chat for everyone else to see.
When I get a new clothing item, I have to reload the client to see it in my inventory, not a big deal because it takes .3 seconds to load, but still an issue never the less.
I don’t get notified for messages and when I do check them, they show up blank.

I’ll continue to come back to add things I notice while playing!
Last edited: Dec 29, 2017 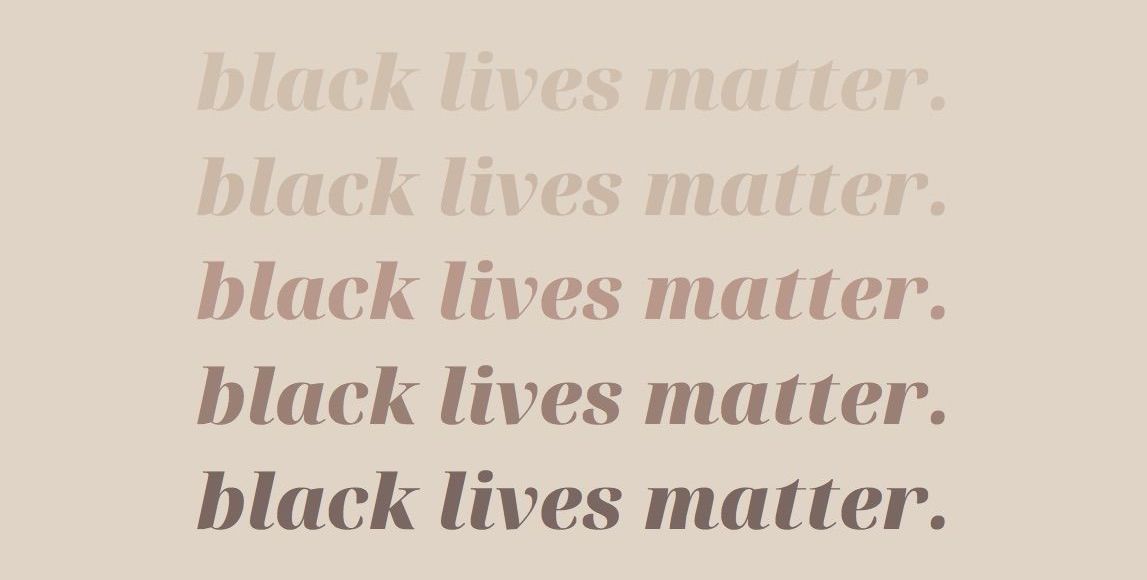 #6
I solely love the fact it doesnt take 10 minutes to log in (now takes about 30 seconds) and rooms take about 30 seconds as well when previously they took 1min+. Also don't have to load my clothes inventory before clicking the clothing changer anymore lol


The only things I've noticed are:

#7
Like stated above,
the server is super fast. I'm happy that I don't wait a decade to get onto the game and only takes about less than 30seconds just to load up the game.
I love how I don't need to wait 3 decades for my clothes to load and changing clothes is just more super convenient now and quick too.
There are a few bugs still, some of the magic doesn't work or I don't see when someone is using magic.
pirates is a tad bit laggy and could be fixed just because it's a popular game.
turning your room into a pin is also another thing, just because it doesn't turn into a pin.
saving outfits are still in the works because it doesn't work


Overall, the game is FAST and im in love.

#8
Yeah, it's definitely fast, which is really neat.

Obviously, there are quite a few graphical and functional omissions with which I'm sure you're familiar, and that you warned us would exist. As far as actual performance goes, here are some things that I've experienced:

A lot of the time when I try to bring up the map, it'll give me a blue screen. Clicking around still takes me to a room, but I can't really tell where I'm going. This is fixed by reloading the client.

Attempting to use the scroll wheel in the guest room or friends menus causes them to go blank. Clicking on the scroll bar on the right side brings them back. The scroll bar is also EXTREMELY sensitive.

Character sprites will often have their hair / hats disappear and reappear. Sometimes they also appear to not have eyes. These are particularly noticeable when dancing.

Sometimes, game alerts will pop up transparent, as opposed to their typical blue. This usually coincides with other performance glitches, and is also fixed by reloading the client.

There seem to be more invisible cannonballs in the pirates minigame. It seems like maybe the cannonballs that snuck through the trees on the old client are not visible on the new client, but still do damage?

Sometimes, when playing pirates, the health/ammo pickups and any shot cannonballs will be completely invisible. Also fixed by reloading the client.

Also on the subject of pirates, you have to click in the chat box in order to chat during the game. I very much preferred just being able to type.

It seems like it's not possible to enter the default instance of a room from advanced mode. I do, however, like that it's possible to see exactly how many people are in a given room.

It seems that control is no longer the button used to activate ghost vacuums in the HM minigame, and that it switched to shift, which activates the sticky keys. I also glitched out of the only game of HM I've tried on the new client, so I don't have a ton of other feedback on it, except to say that the new ghost sprites look really nice.

Overall, I'm reloading the client a lot to combat various glitches. But it reloads really quickly!

#9
Wonder said:
I solely love the fact it doesnt take 10 minutes to log in (now takes about 30 seconds) and rooms take about 30 seconds as well when previously they took 1min+. Also don't have to load my clothes inventory before clicking the clothing changer anymore lol


The only things I've noticed are:

Click to expand...
You should actually be able to use right click to shoot in Pirates, as well as using a two-finger tap on mobile. Just click on the side you'd like to aim towards. #11
How does one gain access? Would love to try it out.

“Don't let the muggles get you down.”

#12
The speed to log in is fantastic. When building a room its really difficult because it places items in a different place then where you want it. When your using your phone when you want to type it blocks the entire screen so you can't see what the rest of the room is saying. Also when buying a ring on this client it wouldn't let me write a message. but Overall its working wonderfully!
https://imgur.com/6qje5AR #14
For those asking how to get in on the beta, the original post for applications is here

#15
I actually love how fast it loads & the new changes. I'd say so far one of my favorite things about thr new client is how quick & easy it is to change your clothes! I tend 2 do that a lot, so I'm really grateful.

An issue I did find is playing mini games, mainly Haunted Mansion. I tend to use the arrows 2 shake the coffins at the end & if I do that then the rest of the rounds must be played with arrow keys, which I'm kinda uncomfortable with. I feel i move more easily with the mouse.

In pirates I'm still trying to figure out how to play, so i can't say anything on that yet. I just noticed you have to shoot with arrow keys

#17
HapaBruja said:
For those asking how to get in on the beta, the original post for applications is here

http://forums.myvmk.com/threads/private-beta-applications-for-myvmks-new-client.69553/
Click to expand...
[emoji24][emoji24] ive been waiting for so long lol

#18
No flag symbol on the new client when you have the flag in POTC. Nothing major.

#19
Fruits said:
No flag symbol on the new client when you have the flag in POTC. Nothing major.
Click to expand...
Gz on ur acceptance

#20
Now that I have been playing on the new client for a while, ive been testing it on my phone and on my computer. I understand that there will be bugs and issues since you did state that. These are just some things i've noticed that maybe you have missed or could add to your list (:

Positives: Using on mobile the game is very smooth and the graphics look really nice. The scrolling on mobile by just dragging your finger on your screen runs smoothly with no issues, which i enjoy since its hard to specifically use the scrollbar on the sides. I haven't really tried many games on mobile besides pirates and that wasnt a problem really at all. I didn't try ship battle, only friendlys w/ capture the flag. I also like the idea of the textbox popping up to type into for mobile. This game also doesn't completely destroy my phone battery which is super awesome. I play on a mac and I can't tell much of a difference between the old client and new client, besides how quickly everything loads which is super awesome. I don't seem to crash as much on the new client compared to the old and there definitely isn't as much lag. I haven't had any issues with the chat not working for me, which seems to happen to me a lot with the old client. I also love the new dressing window! it makes it way easier to see all of my items without having to scroll through each item individually, and I love the new hairstyles you threw in there (; i just wish they were compatible for everyone haha

Negatives: Airham basically covered most of what I wanted to say but I do have some to add. For on the computer I don't really like what you did with the colors. The contrast looks really weird to me, I'm not sure if thats just so it looks better for mobile because the colors dont have the same contrast when I'm on my phone. Trying to get credits from the NPC is really hard to do with the whole box question mark thing. The swimming animation also seems to have some issues with the new client, it will glitch on my computer and just doesnt even work on mobile. I also have the issue of where my inventory will be completely blank and I have to either reload or go to the old client for me to be able to do trades; new items/credits that I just received also don't seem to pop up into my inventory without reloading. For mobile i don't like how when the textbox pops-up, everything about the game freezes. This causes me to miss a lot of chats most of the time, i'm not really sure if that even is possible to fix. A request I have, if it's possible, is if you can make the text on mobile for the speech bubbles bigger or more bold. It's really hard to read them without zooming in and out all the time. Do you think you may be able to make it possible for us to multi-task on mobile while playing the game without disconnecting and having to reload in?

Overall, I really enjoy the improvements and the changes you have made with the client! And most of the bugs are pretty easy to overcome or to look past for the time being (:
sig cred: xCharlottex <3