The Legend of Spud: The MyVMK Ghost

#1
@JessieJoe and @HeyG Requested this story and I didn't have a chance to tell it because I was handling some Calls for Help, so I wanted to share it here.

Once upon a time, in a great big beautiful yesterday, there was a ghost of MyVMK. (Before anyone has any questions... yes... he is a potato.) But he's a beautiful potato who wears his Bird Hat proudly around the kingdom. At one time, he wasn’t a ghost potato. He was a regular potato and he liked to hang out in the Magic Kingdom. It wasn’t until the great (almost) fry incident of 2012 where he became a ghost.

Many people have asked me how to tell if Spud is around. Have you ever had a seat you couldn’t sit in? A place you couldn’t click in a room? That’s Spud. The only times that he comes out to visit are during monorail parties and when we announce new staff members in the Esplanade. He doesn’t like hanging out when there aren’t big parties because he really likes the staff ears. He’s always trying to steal them when he’s around.

So the next time you see all of us staff members around, remember that Spud might be there (trying to steal our ears), so say hello to him!
Last edited: May 2, 2017
Off to find my new dream!

thanks @Tony Stark for my sig bby and @InkedAnimator for my awesome icon :*

#5
@AceKingAndrew They asked for the story, I had to tell it. Now Spud's legacy can live on forever.
Off to find my new dream!

#6
Oh my goodness, this is the best. I laughed too hard. Thank you for posting this, now I know what you are talking about lol.

#7
@Pinkie_Poof I'm glad you enjoyed the story! Now you'll know to look for Spud during our events 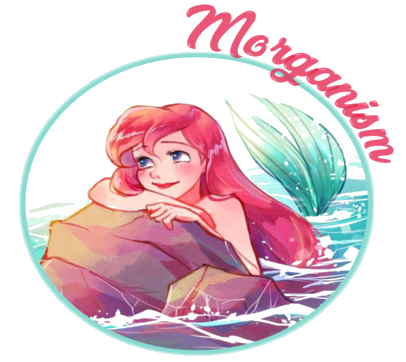 #9
So... did we ever tell everyone that one of our incredible designers actually made a Spud?

I feel like we should bring him out to play someday soon...
Off to find my new dream!

#10
VMK_Rapunzel said:
So... did we ever tell everyone that one of our incredible designers actually made a Spud?

I feel like we should bring him out to play someday soon...
Click to expand...
How about if u catch spud u win a rare prize! -make him hard to find-

#13
u should have hide n seeks but with surpise spud

#14
If we can find somewhere where he fits into our theme/story... I feel like we could have a surprise Spud somewhere. I'll see what I can figure out. :]
Off to find my new dream!